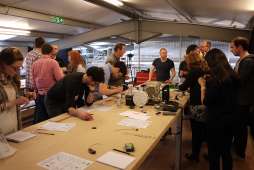 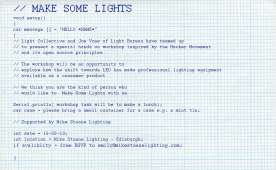 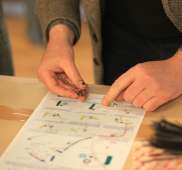 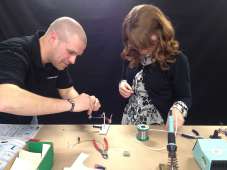 first rule of light club:
you do not talk about light club

The aim of the Make Some Lights event is to bring the philosophies of ‘Hackers’ into the lighting industry in the hope of finding a new source of inspiration. The explosion of the maker movement has in part been caused by the development of cheap computer components. Technology that a few years ago was cutting edge has now become an off the shelf consumer product thats costs pennies. All of these factors contribute to allowing easy and cost effective creation of new individual LED lighting products without the need for traditional manufacturing infrastructure in lighting. The common perception of LEDs amongst lighting designers is that they are complicated whereas amongst the hacker community they are considered an exciting tool.

The Make Some Lights workshop tackled the making of an LED torch driven by a small voltage boosting circuit called a ”Joule Thief” and using a small mint tin as a case. The joule thief boosts the voltage of a 1.5V AA battery so that it can power a 3V LED.

The lighting industry can learn many lessons from the hacking community. Information is tightly controlled within individual companies and a lack of transparency from manufactures causes mistrust not just in our industry but in all fields regarding LEDs. A more open approach could make our industry more efficient at a time when margins are being squeezed on all sides. Hackers are inspired to take control of the objects that they use on a daily basis and improve them, taking ownership of the technology and adapting it to make it better. Making Some Lights affords the opportunity to become a Light Hacker instead of just a Lighting Designer.

Make Some Lights consists of Joe Vose and Light Collective. The workshop was held in the Making Room at Mike Stoane Lighting in Edinburgh. Thanks for their support.

UK Showing of The City Dark

The City Dark on IMDB 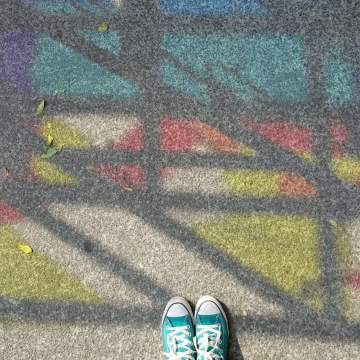 Back to Celebration of Light