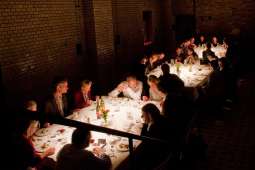 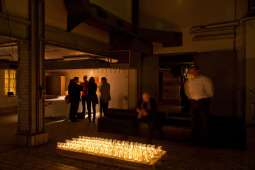 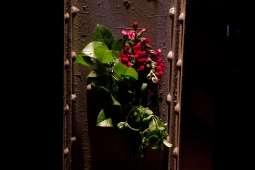 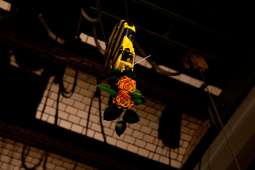 Would it work with German designers? The basic idea was to create a fun night with people in the same industry. We know the UK designers – give them a few beers, nice food and the company of like-minded people and they’re happy. Would the German design community go for it in the same way?

Would the venue work? The venue had shrunk considerably in our minds and when we got back the sight of this enormous, empty, electrical sub-station filled us with dread – how were we going to make this look remotely acceptable for dinner, never mind impressive!

Would Blanch & Shock be able to find any suitable supplies? It’s one thing sourcing cool ingredients in your own city but in another country, with only a basic grasp of the language – it was a big ask! And, at the last minute, the arrival of the mega oven and the need for three-phase power almost had us in tears!

Yes – it worked. The designers turned up and it looked great. Blanch & Shock played a blinder. Everyone enjoyed the high pressure NOx-injected mint vodka with raspberry powder and rhubarb juice. The German designers took the treasure hunt very seriously and out-performed the UK big time. The dinner went down a storm and we had a great time on our table discussing the benefits of bacon apps on the iPhone and German Electro Techno clubs amongst other random things.

A big thanks needs to go to our man on the ground and collaborator Flynn Talbot – as well as his lighting knowledge and general handiness, he knows all the cool places for street food. Xicato gave him a space to show off his balls to the German lighting community which were well received and stroked enthusiastically for several hours after the dinner. Finally, extra big thanks to Xicato for giving us the opportunity to have amazing dinners in crazy venues with cool lighting people – this industry is full of interesting, nice and creative people. Respect due.

One of the highlights for us was halfway through the dinner Michael Rohde came over to us and said that he was almost a little bit impressed – what more can you ask for? 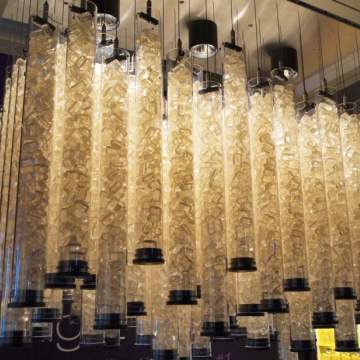 Back to Marketing of Light